After operating on a Riverdale two alarm fire just two days prior, Truck 37 was on the move yet again. Multiple call’s came pouring in late Friday afternoon for a house on fire as well as a column of smoke in the area of 57th Ave in Company 9’s (Bladensburg) first due. First arriving unit’s arrived on scene with smoke showing from side A and heavy fire showing from side C of multiple lighweight contruction townhome’s. The second alarm was requested shortly after when the fire began to spread into the cockloft. Truck 37, w/4 volunteer’s, was dispatched as second due truck on the second alarm. Per Command, TK37 worked in the Delta Exposure with Company 33, where they conducted searches and opened up to exstinguish the fire that had spread into the unit. The source of the fire was contributed to a grill on the balcony of one of the homes. Company 37 operated for over 2 hours before returning to service. 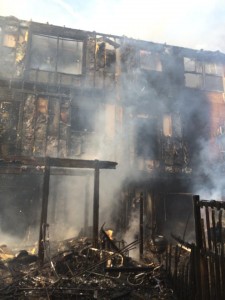 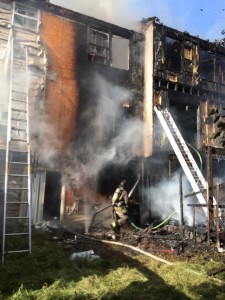