Just as the crew was stepping off the ladder truck from the District Heights house fire, the alerting system went for another box alarm at 1141 Largo rd. in Company 46’s area.  Engine 371 arrived to find a 161 year old three story colonial style house, on the grounds of Riverdale Baptist, with smoke showing from the eves.  The crew quickly stretched a 250′ preconnect to the the third floor were they found fire in the attic.  Crews on the third floor worked quickly to open up the ceiling and extinguish the fire.  The fire was accidental as workers were burning old paint off the exterior of the house.  The engine remained on the scene for about two hours before returning to service. 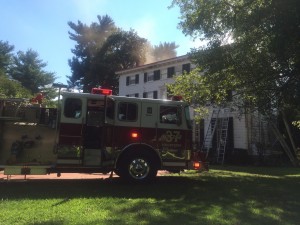 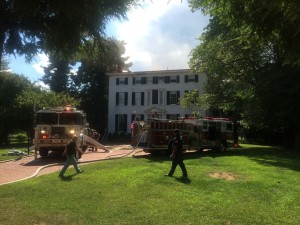 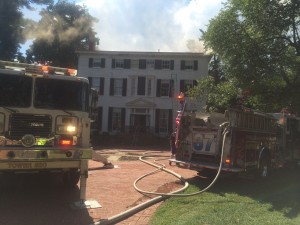