SECOND FIRE OF THE DAY, APARTMENT FIRE IN BOULEVARD HEIGHTS

Just as dinner was being prepared PSC dropped the box for 3913 Southern Ave. in Company 17’s area for the reported apartment fire.  First arriving units reported smoke showing from side A of the building.  Truck 37 dispatched as the second due truck took a position on side C and had fire showing from a terrace level apartment.  The crew split and went to work, the outside crew laddered the building and vented, while the inside crew searched the floor above and top floor along with checking for extension.  Once the fire was knocked the crew helped overhaul the fire apartment and assisted investigations.  The Truck returned to service about an hour and half later. 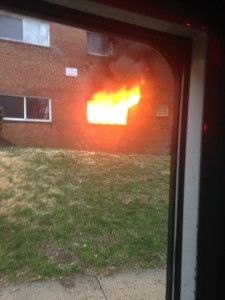 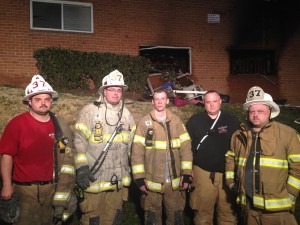