Just before 8am, Truck 37 was dispatched as the second due special special service for the reported house on fire in the 2100 block of DuPont Ave. in  company 17’s area. First arriving units reported a single family dwelling with fire showing from multiple windows The truck arrived on scene as dispatched, splitting into 2 crews with the exterior crew throwing ladders and securing the utilities while the interior crew conducted searches checked for extension in the basement and the exterior of home. No injuries to civilians or fire fighters were reported and the truck cleared an hour and half later. 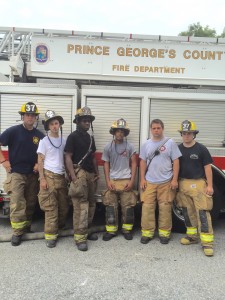