About 2 hours after the crews cleared the Cedarleaf Ave house fire, the busy Labor Day holiday would bring a third fire in a 24 hour period for the dedicated members of company 37. Around 2000 hrs, PSC received several calls for the reported house on fire in the area of the 4600 blk of Davis Ave in company 17’s area. Truck 37 was dispatched as the first due special service and arrived shortly after the first arriving engine with fire showing from a vacant two-story home in the 4600 blk of Davis Ave. The truck crew split into two teams with the interior crew performing an aggressive search which proved negative and opening up the ceiling to expose the fire in the attic area. The outside team threw ladders and removed plywood from windows for ventilation. With a quick knock on the fire, command held 2 and 2, returning truck 37 to service about two hours later. 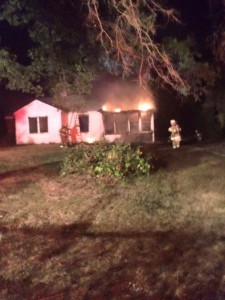 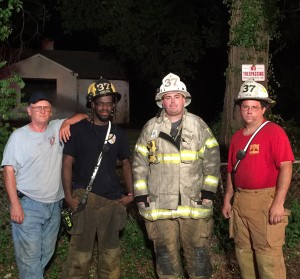