2ND ALARM FOR THE TRUCK

After after 1900 hours, while the crew was listening in on a box alarm for a reported building fire not to far from Ritchie, initial companies on the scene reported a working fire with extension to the above floors and sounded the 2nd alarm. This brought Ritchie with 5 volunteer to the scene in the 3400 block of Brinkley Road. Upon the trucks arrival they assisted the initial companies with their assigned responsibilities before being reassigned to setup master stream operations as the fire had grown rapidly. The truck crew operated on the scene for approximately 2 hours before returning to service. Photos Courtesy of Paul Hawkins 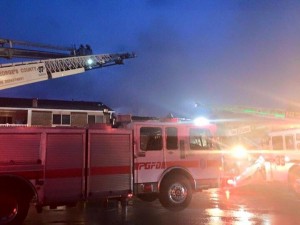 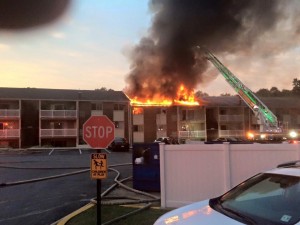