Shortly after 2200 hours on 1/5 communications transmitted a 25 box for a report of a house on fire in the 6500 block of Springbrook Lane that had debt loans bad credit. The initial box placed Engine Co.37 on the assignment as the 4th due Engine Company with Chief 37a. Units arrived on scene with smoke showing from the alpha side and eves of two story split-foyer. The working fire dispatch was sounded sending Truck Co.37 to scene as Co.37 was staffed with two crews. Units arrived and completed their tasks as assigned. (Photo Credit PGFD) 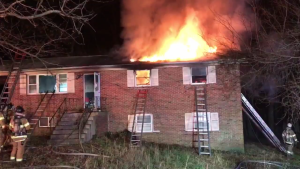