Yesterday evening just before midnight, a box alarm was transmitted for a report of a chimney fire in the 1200 block of Pickering Circle, sending Engine Co.37 as the 1st due engine. The engine arrived with smoke showing from the rear of two story single family home. Upon completion of the 360, the engine officer found smoke and fire from the eves. Units found fire in the walls and chimney area that was quickly opened up and extinguished. This was the second fire in 24 hours for the 37 house. 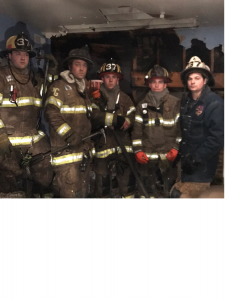