Yesterday, Truck Co.37 was added to the box alarm as the 2nd due special service for a report of a house on fire in 1400 block of Peachwood Lane. Initial  units went on scene with fire in the attic and smoke showing. As the crew from Truck Co.37 were responding the EVAC tones were sounded for a partial roof collapse. The truck arrived and positioned on side alpha…throwing ladders, clearing window bars and opening up the garage area where the fire had extended. The truck crew from 37 operated for approximately 2 hours before returning to service. 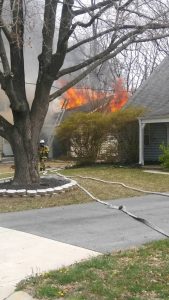 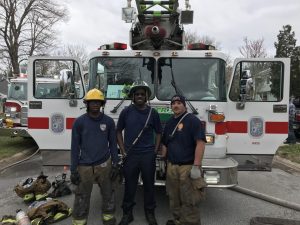