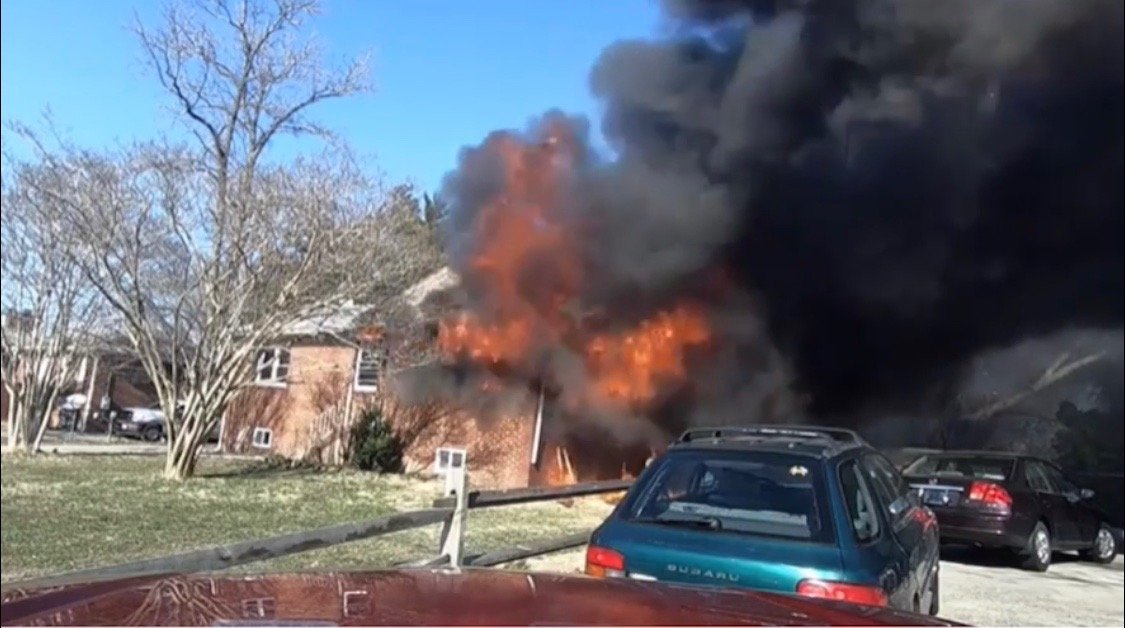 32 Box – 6800 Block of Farmer Dr* Around 16:30, Company 37 was dispatched as the 2’nd due engine for the house on fire in Company 32’s area. Normally, we would not be due on the initial assignment with the engine, but Company 32 and others in the area were already operating on another working house fire less than 10 minutes away. The Volunteer Duty Chief arrived to find a 2 story single family home with fire showing. The engine from 37 arrived not far behind the first due engine (Forestville 23) and was directed to pull the backup line from the first due engine by command. The two engine companies made quick work of the fire, which was found throughout the first floor and rear of the home. Company 37 operated for nearly an hour and a half before returning to service. Pic: VDC Riley