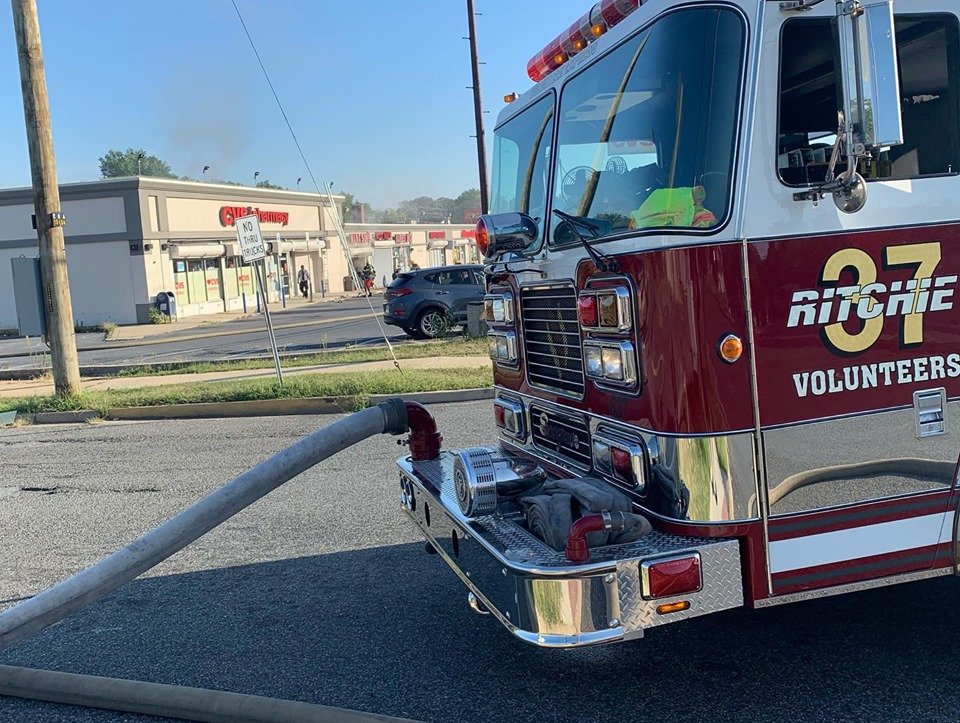 5900 block of MLK Hwy* Around 0830, the box alarm was struck for smoke coming from the CVS in Company 38’s first due. Engine Company 37, w/5, was dispatched as the second due engine. The first due engine arrived to find light smoke coming from the roof of the business next to CVS. Company 37 arrived on the scene and deployed the backup line to the first due engine. After gaining access through the security gate, smoke began pouring out, prompting the working fire dispatch. Companies 5, 37 (Engine’s)& 26 (Tower) made quick work of fire, which involved the kitchen and ceiling of the restaurant. Units operated for a little over 2 hours before returning to service.